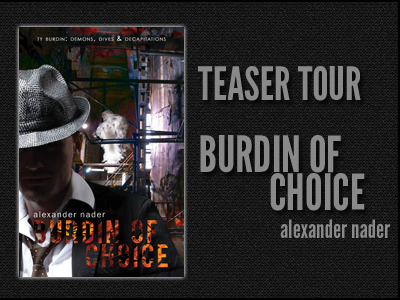 Can you tell us about your book in 10 words?

Tell us 10 interesting facts about yourself.

I’m not very interesting. Does that count as number one? No? Eh, I’m counting it anyway. #2 I have a hard time answering questions seriously. #3 I find idiocy to be among the highest forms of comedic gold. #4 I’ve dubbed myself ‘The class clown of word smithery.’ #5 Someone else named my blog ‘Eloquent Until the All Caps Cussing’ after I sent them a particularly profane (yet enlightening) email. #6 My hair is the source of my hidden super powers. What’s that? What super powers? Shoot, I wasn’t supposed to tell, now they’re not hidden. *Waves hand, erasing memory of last three seconds* #7 I consider my wife and kids the greatest accomplishment in my life. No. Really, that one’s serious. They rule. #8 I can only come up with 8 quasi-interesting facts about myself.

What was your biggest obstacle you had to overcome when writing?

My stomach. You see, I write on my laptop which I keep on my lap;portable computers are aptly named like that. So anyway, depending on how many cakes I’ve had that day, my belly sticks up. The thing blocks my view of the bottom part of my screen and I can only suck it in for so long before I blackout. After I blackout, I usually wake up in another state wearing someone else’s fez and that really interferes with my writing. I should probably go on a diet. Maybe low cal. Or low carb. Or…ooohhhhcake.

Where do you get your ideas?

I keep a house elf named Darby. Every time I need a new story I just ask Mr. Darby what he thinks I should write about. You should hear some of the stuff he comes up with. It’s literary gold. Hopefully no one ever finds out that I have him or they might….*Stares suspicious* *Waves hand, erasing 5.3 seconds of memory*

Atop a pile of $100 bills on a beach that never sees anything but slightly overcast days with a temperature of a consistent 73 degrees Fahrenheit while Alton Brown cooks me scientifically correct hush puppies and a Vintage Trouble plays ‘Jezebella’ on repeat. But I usually just settle with my couch.

What kind of research did you have to do for your books?

So much demon research. All of the demons from the Burdin series are real. It took a lot of time to pick out which ones were good to use. You wouldn’t believe how many demons gave me bad directions and misinformation while I was scouring the underworld for perfect candidates. It took a long time, but finally I traded a crossroads demon my soul if he would just write the book for me. I like to think things worked best that way.

What is your writing schedule like? Do you force yourself to write daily?

My writing schedule stays busy. I’m constantly working on writing when I’m not working. As motivation to keep my writing up, I’ve allowed Mr. Darby to kick me in the shin if I go more than 24 hours without writing. It’s the only form of payment I offer the little guy, but he seems to get a lot of enjoyment out of it.

What can we expect to see from you in the future?
Welp, I’d like to say a whole lot. I’d like to say I’ve got a story in an anthology called ‘Memoirs of Dr. Renfield’ coming out December 1st. I’d like to say Burdin 3 comes out in June 2015 and I’d like to tell you about the secret super hero novel I’ve been working on, BUT I made a deal with a crossroads demon and I think my soul is due any minute now. OH MY GOD HERE HE COMES SOMEONE SAVE…. 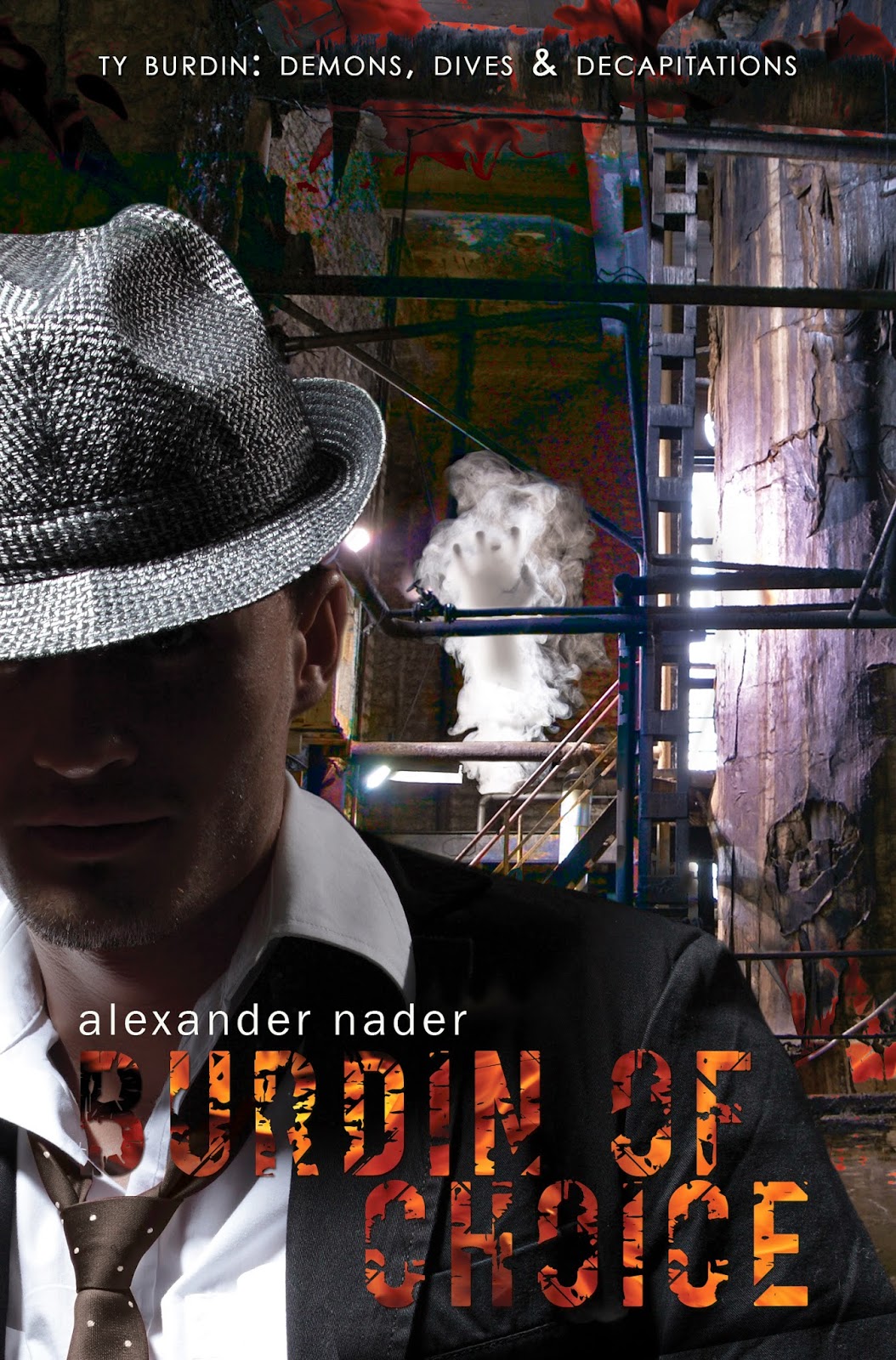 About Burdin of Choice (Beasts of Burdin #2):
Ty Burdin is back. Back to drinking and back to avoiding demons. He is, of course, the leading expert in his field. In both subjects.

That’s probably why, when a customer offers him way too much money just to locate a missing car and some mysterious cargo, he readily agrees. The dude is human after all—Ty’s prime target client base.

Along with the money comes a slew of disappearances which Ty tries to ignore while tracking down that car, because, of course, those missing people might be demon related, and as he’s said before, that’s agency business. Not his. Period.

Ty Burdin is to back drinking as well as everything he vowed never to get involved with again.

Question is, which one will kill him first? The booze, the demons, or the Agency?


Don't miss out on book one, Beasts of Burdin. Now only .99 cents at Amazon for a limited time! 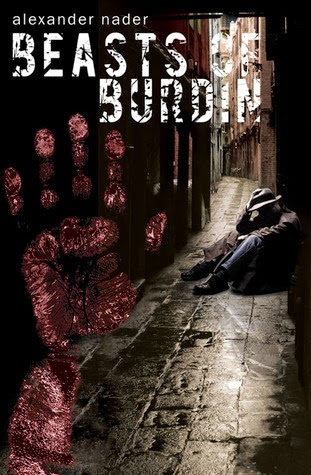 In fact, to get far far away, he dragged Nora, his rockabilly secretary, from Miami to the Tennessee mountains where he’s lived a life of peace—if peace can be defined as drowning in scotch and taking private eye jobs to keep the lights on. Jobs for real people. Not demons.

He’s retired from that. Remember?

Demon hunters aren’t a dime a dozen, though, and when Ty’s brother asks him for a favor—just one—what’s a brother to do? Agreeing to take down one hillbilly demon shouldn’t take that long. In. Decapitate. Out. Favor complete. Back to the office where Nora and his bottle of whiskey are waiting.

Unfortunately for Ty, staying retired doesn’t seem to be in the cards, and an avalanche of bad luck draws him right back to an agency he despises and the career that nearly cost him his sanity.

This time, Ty has no way out and will have to face his own demons just to survive. 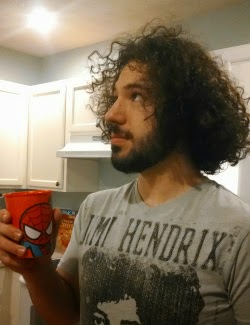 Alex lives in the tourist infested hills of east Tennessee with his amazing wife/muse and three superb children. He would tell you more about how awesome they are, but you probably wouldn’t believe him. When he’s not hanging out with them he’s making pizzas. When he’s not doing that he’s working at a bookstore and occasionally he jots a few words down. He’s a big fan of good music, good storytelling, and mixed martial arts.

He once wrote a short story about pirates to his wife via text message that blossomed into a full length novel and never stopped after that.