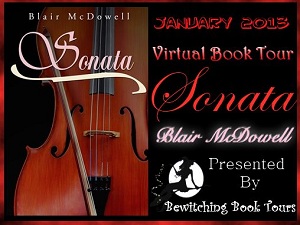 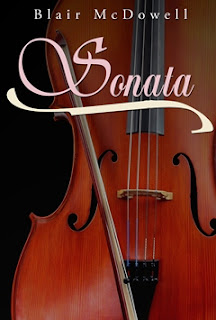 When renowned concert artist, Sayuri McAllister, returns to the west coast of Canada after an absence of five years, she discovers her family home has been a broken into and jewelry worth two million dollars is missing. Michael Donovan, Sayuri’s old high school flame, now a detective with the Vancouver Police Department, is the officer in charge of the case.

What chance can he have…

Michael takes one look at Sayuri and falls in love with her all over again. But they parted in anger years ago and Sayuri is no longer the innocent girl he once knew. What chance can there be for a Vancouver cop with someone as famous as Sayuri McAllister? Especially when that cop is investigating her family and friends?
An unexpected marriage…

Then Sayuri’s widowed father, Sean, marries Alyssa James, a woman Sayuri has never even met. The three live uneasily together in the Point Grey mansion until the unexpected arrival of Alyssa’s brother, Hugh James, a devastatingly handsome, charming Irishman who immediately begins a campaign to bed and wed the delicious and wealthy Sayuri.

Accidents begin to happen. Or are they accidents? Nothing is as it seems. Michael distrusts Hugh James and fears that Sayuri’s life may be in danger.

As they went down in the elevator and across to the park, Michael spoke to the dog, “So far so good. We’ve got her in my apartment. I expect your full cooperation tonight. Whatever happens you are not to climb on the bed, should I get so lucky, or slobber all over Sayuri. If there’s any slobbering to be done, I’ll do it. Got it, buddy?”
Buttercup wagged her tail furiously, nearly knocking over a passing pedestrian.
“Sorry, mam.”
Michael thought about how Sayuri had looked when she answered the door. So cool and composed. Delectable. Good enough to eat. Down boy, he reminded himself. Don’t blow it now. You’ve got her this far.
Taking a deep breath he muttered, “Keep it cool.” Then he looked at his dog. “Okay, Buttercup, do your thing so we can get back up there.”
****
She heard the key in the lock and a moment later man and dog were back in the room. Buttercup trotted over to Sayuri and leaned against her, looking up at her adoringly with one blue and one brown eye.
“That was quick,” Sayuri commented as she scratched the dog behind her ears.
“She was anxious to get back to you. We don’t often have visitors. Actually, I’m surprised at her reaction to you. She usually hides under the bed when there’s anyone she doesn’t know in the apartment.”
“Under the bed? I can’t believe she can get all that bulk under a bed. Just what kind of dog is she? I’ve never seen anything like her. She’s huge. And those eyes are amazing.”
Sayuri moved to the armchair and sat down. Buttercup followed her and put her massive head in Sayuri’s lap.
“Clearly she’s fallen in love with you. The vet thought she was probably half Malamute and half Newfoundland, but I’m pretty sure there’s some wolf in the mixture. And the two different color eyes are unusual, but they do happen, particularly in those breeds.”
“Did you say wolf?”
“Watch.” Michael came over to the dog, knelt down beside her and put his arm around her. He lifted his head back and started to howl. The dog threw her head straight back and joined him. The sound was at one and the same time musical and eerie.
“Wow.” Sayuri stared at the dog. “I haven’t heard anything like that since I was twelve years old and went on a canoeing trip up Desolation Sound with my father. We could hear the wolves from our campsite every night. I loved the sound.”
“Don’t let her howl give you any ideas about Buttercup’s personality. Her wolf genes begin and end with her howl. She’s a complete wimp.”
“She’s a big dog for an apartment dweller.”
“Yes, well, I didn’t exactly choose her. She just sort of happened.” Michael paused. You see, I’m in the R.A.A. Unit.”
“R.A.A.?”
“Robbery, Assault, Arson. We got an anonymous call that there was a break and enter in progress at an apartment house on the east side. When my partner and I answered the call, we didn’t find a robbery in progress. What we found was found a room full of people cutting and bagging cocaine. We called immediately for backup, but before it could come, gun fire was exchanged and people got hurt. It wasn’t supposed to have happened that way.”
Michael paused and frowned. Sayuri wondered if he was going to say anything more.
Then he sighed. “When it was all sorted out, as we were to leaving the scene I heard whimpering. I pulled this small scrawny shivering mass of matted fur out from under the bed. I was supposed to take her to the SPCA, but I didn’t. I took her home with me. She couldn’t have been more than two months old and she was half starved and filthy. I fed her and bathed her and the next day I took her to the vet for a checkup. He said there was nothing wrong with her that food and love wouldn’t cure.”
“So you had a dog.”
“I had a dog. I had no idea at the time she was going to grow into a giant hairy mammoth.” This was spoken with obvious affection as he ruffled the dog’s head.
“But her name?”
“Just look at her.”
Sayuri studied the dog. She had fur as thick as a bear’s, only longer. Her underbelly was white and everywhere else she was brown and black and white in large splotches. “I don’t get it.”
“Look under her chin.”
Sayuri laughed. “Of course.” There was a large spot of bright yellow there.
The dog, tired of being the object of so much attention, moved to the fireplace, circled three times and plopped down in front of it. 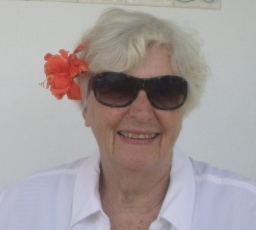 About the Author:
I started to write soon after I found my first pencil. But I began to write for publication about 30 years ago -- professional books. I wrote six of them, all still in print and still in use. Only lately have I turned to fiction. I'd have done it a lot sooner if I'd had any idea how much fun it was!

I’ve lived in many different places. The US -- Certain cities call to me. I love San Francisco and Seattle and the wonderful Oregon Coast. Australia -- among the most open welcoming people in the world, and a wide open young country with incredible land and sea scapes, with amazing animal and bird life right out of science fiction. Canada -- HOME. The place where I belong.

I travel a lot. I usually spend the month of October in Europe, Greece or Italy, and the winter in a little house I built many years ago on a small non-touristy Caribbean Island. I have worked and studied in many places -- Hungary, Australia the US and Canada, and have spoken in most of the States and Provinces as well as Taiwan and various cities in Europe. I enjoy being surrounded by cultures other than my own. I enjoy my own as well -- but variety is indeed the spice of my life.

I keep busy -- and I love my life. I love meeting the people who come here to the west coast of Canada and stay in my B&B. I love traveling after the tourist season is over. And I love writing. My interests?? Music, especially opera, reading everything in print, and Writing. And walking on the beach and swimming. At one point I had hoped to swim in every major sea and ocean. I've realized that may not be possible in one lifetime -- but trying has been fun!