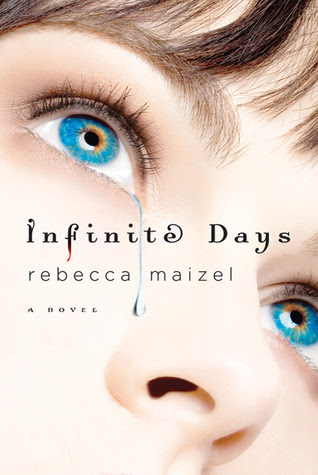 Book Description:
“Throughout all my histories, I found no one I loved more than you... no one.”

It was the first time in 592 years I could take a breath. Lay in the sun. Taste.

Rhode sacrificed himself so I, Lenah Beaudonte, could be human again. So I could stop the blood lust.

I never expected to fall in love with someone else that wasn’t Rhode.

But Justin was... daring. Exciting. More beautiful than I could dream.

I love that this one felt a little dark to me. That vampires were monsters, beings that inflicted pain not only because they could or because they wanted to, but almost because they had to.

The undeniable urge to make others suffer and miserable because they were. A way to release their pain..if only for a little while. It was a nice change.

Lenah, hmm, what can I say about her? I liked that even though she was a monster and did some unthinkable things, she could still love..as much as a monster like her could at least. She missed being human and unlike a lot of creatures of her kind, she wanted to be human again. She was willing to sacrifice everything to get it too, or so she thought.

I liked watching her character grow and change and adapt as she became human again with all that entailed.

It wasn't an easy process for her and she felt a lot of guilt in the beginning because she lost someone very dear to her.

I couldn't help but love Rhode. The past memories of him combined with the newer memories and his sacrifice really made me like him and want more of him.