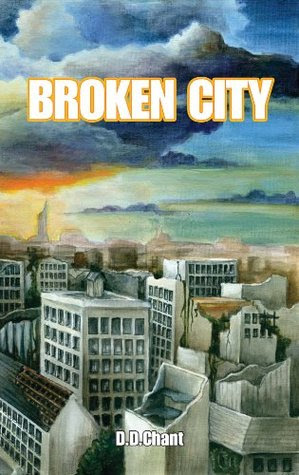 Book Description:
Deeta Richards has never seen the outside world. Before she was born a banking crisis brought civilization to an end and now no one leaves the safety of the compounds unless they need to, but Deeta still dreams of seeing more than the building she was born in.Tom is in the guard, this group are the only people that the tribal elders allow to leave the compound and tom knows only too well that Deeta could never survive the harshness that exists outside. Then tragedy strikes and Deeta and her sister Jan find themselves captured by a hostile tribe. Why does Tom know so much about these people? And why do they know so much about him? As this mystery draws to a climax, they discover that their friend Tom is not quite what he seems..


I had absolutely no expectations going into this one. Not because I didn't think it would be good but mainly because other than the synopsis I didn't know a lot about it or the author.

I can say now that I am so glad I took a chance and read this. I truly was completely entertained by it and it kept me turning the pages as I got caught up in the dystopian world that Chant created.

I have really been loving the dystopian genre a lot lately. I think mainly because in some many cases, so many of the scenarios the authors portray could really happen and this was one of those.

The world building in this was subtle. Nothing where too much is given way too soon. We get little info here and there and I really liked that. Sometimes we are given so much so soon that it is easy to feel lost or confused or just plan get information overload and lose interest in the story. I am happy to say that wasn't the case at all with this book. Chant handled it very well and made it feel (sometimes creepily so) very real.

I quickly was caught up in the tribe's world and wanted to know more about them. How they worked and came together as families and how they survived the harsh world and government that surrounded them as well and fighting amongst the surrounding tribes.

There were some pretty great character in here that had a lot of depths as well as secrets. It was nice seeing how Deeta grew throughout this story. How she went from a very shy meek character to a strong woman in the end. I loved watching her relationships grow and her tribe family was amazing.

Tom too was a great character. He grew as well and as the many layers of him peeled away and revealed his true form, it was nice getting to know him and truly see the real him underneath all the military training and secret life that he had to lead.

This was very well done and I wouldn't hesitate to pick up another book by this author in the future.
Posted by Kindlemom at 12:00 AM