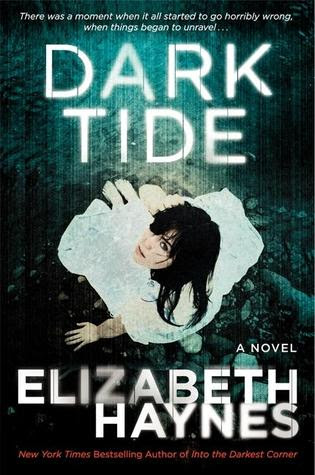 Book Description:
The author of the acclaimed debut thriller Into the Darkest Corner returns with a taut, gripping murder mystery featuring a compelling heroine who unwittingly finds herself caught in an underworld of murder, corruption, and betrayal.The first time Genevieve saw it, she knew it was the one: Revenge of the Tide, "an odd sort of a name for a boat." Genevieve had finally escaped the stressful demands of her London sales job and achieved her dream--to leave the city behind and start a new life aboard a houseboat in Kent. She left the boat's name as it was. Revenge had character after all, and living in a marina made her feel a bit safer, a little less lonely; almost as if the boat looked after her, hid her away from view shattered the night of her boat-warming party when a body washes up, and to Genevieve's horror, she recognizes the victim as a close friend from nights dancing on-stage at a private members' club, the Barclay. She isn't about to tell the police, though; next to no one knew what Genevieve did every Friday and Saturday night to save money for her escape, and she sees no reason to reveal her past. The death can't have anything to do with her. Or so she thinks.Soon the lull of the waves against Revenge feels anything but soothing, as Genevieve begins to receive mysterious calls and can't reach the one person who links the present danger with her history at the club. And then there is the parcel on her boat she's meant to be safekeeping for an old flame, which seems to be putting her in jeopardy. As Genevieve begins to fear for her safety, she recalls the moment when it had all started to go horribly wrong: the night she recognized her day-time boss in the crowd of customers at the Barclay. . . .

I was really looking forward to reading something that I use to love to read, a really good mystery. It has been awhile since I felt the happy anticipation of figuring out whodunit and the shrill anxiety of wondering if it was who I suspected or someone completely different and the thrill of the journey to get there.

And while this wasn't the thriller I was hoping for, it was the mystery I was craving. I was guessing until the very end on what exactly was going on and who were the bad guys.

I liked how the story flashed from the present with life on the quiet waters in a run down barge to the past of Genevieve’s hectic crazy life in the city where she was not only a high ranking sales person by day but an exotic dancer by night. Two lives so far apart from one another that you almost wonder if the same person really lived them.

I enjoyed this story enough that it kept me on my toes and it did leave me wanting to find out the big mystery of the package and like I mentioned above, I never could quite figure out if all her friends were on the up and up. I liked both Dylan and Jim and honestly, would have been happy with Genevieve ending up with either one.

This did sort of drag in a few places but nothing too terrible.