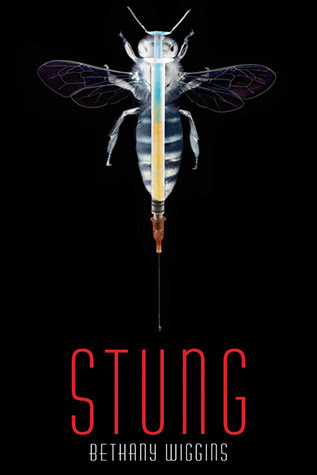 Book Description:
Fiona doesn’t remember going to sleep. But when she opens her eyes, she discovers her entire world has been altered—her house is abandoned and broken, and the entire neighborhood is barren and dead. Even stranger is the tattoo on her right hand—a black oval with five marks on either side—that she doesn’t remember getting but somehow knows she must cover at any cost. She’s right. Those bearing the tattoo have turned into mindless, violent beasts that roam the streets and sewers, preying upon the unbranded while a select few live protected inside a fortress-like wall, their lives devoted to rebuilding society and killing all who bear the Now Fiona has awakened branded, alone—and on the wrong side of the wall.


I think this just might be the year for kick butt dystopians, I really do. Or maybe it is the year for sci fi blended genres, either way, I was pleasantly surprised by this one.

While this was a classic end of the world type of book, it didn't quite have that dark depressing feel that a lot of dystopians right now do and I liked that about it. I liked that although it was serious, it had a lighter feel to it at times. But, that might have had a lot to do with the underlining romance in it, which, I thoroughly enjoyed.

It did have its intense, heart pounding moments whether that be from the action going on between the Fecs, the militia and the Beasts or from the sexual tension between two certain characters, I won't say because I am just mean like that. I will say, I loved the premises of this one. A world dying all because of the population of bees (our number one pollination contributors) on the verge of extinction and scientists in a mad dash to keep that from happening, succeed in not only destroying said bees but creating a deadly virus that wipes out everything else in the process.

I really liked the background of this one, the characters, the circumstances and all that was going on but at times it did move a little too quickly. Relationships happened in the blink of an eye, betrayals even faster and still some explanations like what exactly happened during the 4 years Fiona (Fo) can't remember, did happen a little slower than I would have liked but at least, I did get all those questions I had answered by the end of the story and we even got a hint in the epilogue about a sequel, which I would love to see happen.

Wiggins created something maybe not entirely unique but certainly action packed and different. With just the right amount of mystery, romance and adventure to keep me wanting more and rooting for the good guys.
Posted by Kindlemom at 12:00 AM