I am so happy to be a part of this tour and to have Angela here today! She truly is a wonderful author and an all around great person!


Thanks so much Angela!! 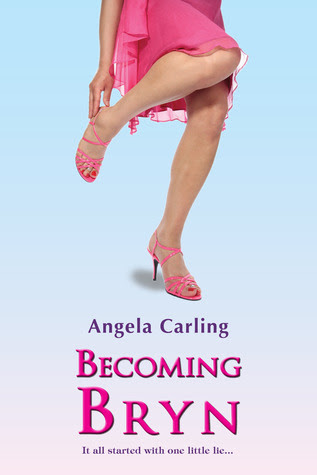 
Book Description:
For months, Jesse has been envious of her twin sister Bryn and even has a crush on Bryn’s gorgeous, popular boyfriend, Quinton. When Jesse awakens from a coma to learn that everyone thinks she IS Bryn, the option of actually taking over her sister’s life is beyond tempting, but there’s a downside. She’d have to give up Ethan, her best friend and the only person she trusts. Could she actually live as Bryn for the rest of her life? And if her family and friends found out, would they ever forgive her? 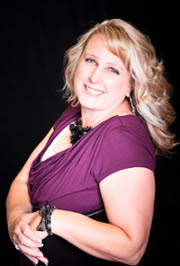 Raised in Palm Springs California. A desert rat that writes Young Adult novels and loves all kitties and her family. Can be bribed with chocolate. Published books, Unbreakable Love, Shackled and Becoming Bryn.

Guest Post:
I first want to start by thanking Ali for letting me share a little blog space with her today! Your support is soooo appreciated!

Becoming Bryn, my third book and the book we’re celebrating this week, is all about sisters and not just any set of sisters, twin sisters. In Becoming Bryn, Jesse and Bryn are in a horrific accident and the family must deal with terrible loss (sorry, I can’t tell you anymoreJ).

As I wrote about Jesse and Bryn’s journey, I often wondered what it must’ve been like to be the mother of these twin sisters. Yesterday, when I sat and talked with a mother that is busy raising her own twin girls, I got my answer.

Trish (who was kind enough to sit down and talk with me) is the mother of fraternal twin girls, Adisyn and Breckyn. Both are beautiful with hair the color of sunshine and eyes so expressive you can read their every mood.

Today, I get to share some of that interview with you.

What was your reaction when you found out you were having twins?

What was one of the hardest things when they were babies?

We brought the girls home at barely four pounds so we were told we could not hold them (it would over stimulate them and stunt their growth) unless we were feeding them and we had to feed them every three hours. Not being allowed to hold them was really hard!

What was your biggest fear when you knew you learned you were having twin girls?

I was worried that I wouldn’t be able to be as good a mom to my twins as I was to my children that were born separately.

Do your girls gravitate to each other?

Addy and Brecky always tell me that they are best friends. The girls do gravitate to each other in the house but Breckyn is just as content to play alone while Addy can’t play alone. One thing that is good about twins is that they do entertain each otherJ


What do your twins fight over?

Toys and friends, but mostly mom’s attention. Oh, and there is this one little boy named Axel that compliments them and says he plans to marry them. They also fight over himJ

Do you think it is different to have twins vs. two siblings that are close in age?

Yes, I think it is a lot harder because they both have the same needs at the same time vs. even if your kids are a year apart, one can wait while you meet the needs of the other. Plus, two at the same age complicates everything. I used to have to take two carts every time I grocery shopped and pull one while I pushed the other. It was crazy.

My last question…How do you think it would affect your girls if they were permanently separated somehow? Do you think the separation would be harder on twins than on say siblings?

I do think it would be harder on twins to be separated. Thinking of my own girls, I think it would be awful, like part of them was taken away. Even short separations can be tough for my girls, especially Addy. For example, Adisyn has a really hard time going to her church class without her sister Breckyn and last year they were separated in school and it was difficult for on Addy.

It want to thanks Trish for her time and candor and tell her how much I admire what a great mom she is. Raising twins, plus two other girls must be quite a challenge! Thanks for stopping by and I hope you enjoy BECOMING BRYN and all the twin sister drama associated with this amazing storyJ

To learn more about my work, or just to hang out with me online, come find me on My website-
http://www.angelacarling.com/
Facebook- https://www.facebook.com/pages/Angela-Carling/302628969749080
Goodreads http://www.goodreads.com/author/list/5331346.Angela_Carling

My Thoughts and Review:
What happens when two sisters who were once close start to grow apart? When one starts to envy the other? When one wishes she had the life that her twin sister leads? What would one of them do to get the life of the other? What and whom would she be willing to give up to get it and would it all be worth it in the end?

Okay so maybe that sounded a little more sinister than this story really is, because honestly, it isn't malicious at all, not really. It is, however a story about learning that the grass isn't always greener on the other side and things are not always what they seem to be and sometimes we have to learn it all the hard way, through trial and error and lots and lots of mistakes.

Jesse and Bryn are two sisters not only twins but as the years have gone by, two sisters that while they may look alike are really nothing at all like the other. One is popular and outgoing, spur of the moment and completely sure of herself. The other, smart, a little shy and not at all as outgoing as the other and really doesn't feel like she knows herself at all, or so she thought. One horrible night changes both their lives forever and nothing will ever be the same for either of them.

I love that even though "something" happens to Bryn in the very beginning of their story that we still get to see her and still get glimpses into what she is thinking and feeling, especially about Jesse and what Jesse tries to do and who she tries to become. I love the sisterly love that came out and the rivalry as well. I think anyone who has ever had a sibling feels this love and sometimes rivalry no matter how close they are.

I liked watching both sisters realize that things weren't always what they seem for the other and that they both grew along the way. I am always all about the growing. I like watching characters learn and grow along the way and this had a lot of that going on for both sisters. Neither of them had it easy after the accident and neither of them really knew the other as much as they thought they did. I loved watching their bond grow from a far in a very special way.

While I didn't connect to either sister as much as I would have liked to, I did like the lessons portrayed in this and did really appreciate all the author tried to show about love, life and things not always being what they seem.

I think the author did a nice job with this and even though I didn't enjoy this one as much as I have some of her other books in the past, she will continue to be an author that I pick up her books and read simply because I know that I will get some genuinely good storylines and good writing along the way.

*All thoughts and opinions are my own and were not influenced by the author in any way. I was not compensated for this review*