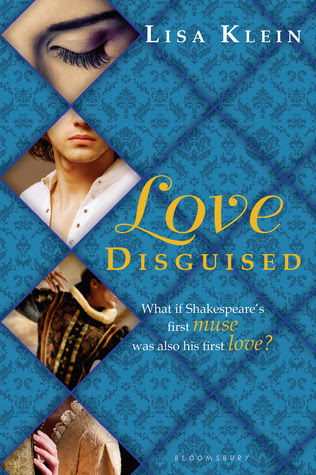 
Book Description:
Will Shakespeare is about to meet the girl who will change his life forever. After a mixed-up courtship with the Hathaway sisters ends badly, Will jumps at the chance to go to London, where he can pursue his dream of becoming an actor. There, Will meets the unusually tall (and strong) Meg who has earned the nickname "Long Meg" for her height. She's also fleeing her own past as an orphan turned thief. Disguised as "Mack," Meg was once a member of a band of boy thieves who betrayed her. When Will is robbed by those same villains, Meg disguises herself as "Mack" again--telling Will that Mack is her twin brother--in order to help Will recover his money. As Mack, she finds true friendship with Will. But is there more? And who is Meg really fooling with her disguise?

What ensues is a tale involving love triangles, mistaken identities, and the pursuit of hapless villains, as Shakespeare becomes a key player in a lively drama that could have sprung from his own pen.


My Thoughts and Review:
This really was a fun tale of the adventures of a young William Shakespeare as he left his home town to venture to London to pay off a debt of his father's. Along the way he meets Meg and Mack as well as many others who, as you read the story, start to see as characters that will later star in many of his plays and tales.

We learn of his woes in love and life and the dark comedy that he so loves to writes about, we see in his life experiences.

Truly a fun take on how Will came up with the stories he wrote and the life he lead because of them. We get facts thrown in with fiction and a merry London tale set in the late 1500's to boot. What more could you ask for? How about unrequited love, thievery, brawling, death, plays, and of course a woman dressing up as a man, men dressing up as woman, a pregnancy, a mistaken identity, comedic relief in the form of Will fighting, prison time, more brawling and more unrequited love. Any of this sound familiar yet? A tale truly to rival any that the master himself created.


This was a light fun read that can be quickly read in one sitting and give you just a taste of the historic London in the 1500's and their manner of speak and dress, a light romance, some adventure and a  comedy of errors that only Shakespeare could have been a part of.

*All thoughts and opinions are my own and were not influenced by the author or publisher. I was not compensated for this review in any way.*