I am so excited to be a part of this tour. For those of you that don't know, this is the second book in the Bandia series and let me tell you, this series rocks. If you want something completely unique with action, romance and mythology this is a must.

And the best part about this series is that is just keeps getting better and better. To see my full 5 Star review of Gold, click HERE. 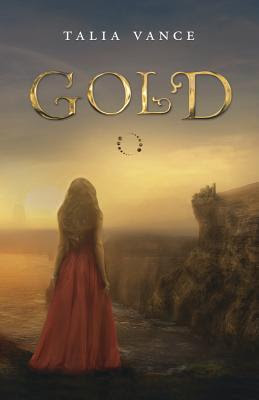 Book Description:
Descended from an Irish demigod, Brianna has fled to Ireland to escape destruction at the hands of her sworn enemies, the Sons of Killian. Taking refuge at the estate of her former nemesis, Austin Montgomery, Brianna discovers a rift in time that opens to an era before the feud began. 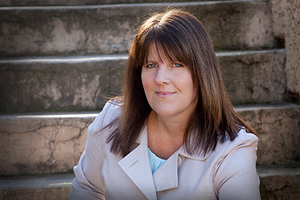 Talia Vance is a practicing litigation attorney living in Northern California with her real life love interest, two-point-five kids, and a needy Saint Bernard named Huckleberry. Talia has been writing since she could talk, making up stories for every doll, stuffed animal and action figure she could get her hands on. She grew up hoping to write the great American novel, but her life ran more along the lines of tortured romance and fast paced thrillers, so that's what she writes.

I’ve posted before about the mythology behind SILVER and how it was influenced by Celtic myth. (http://www.fiktshun.com/fiktshun/2012/09/13/silver-blog-tour-guest-post-giveaway/) With GOLD, the story came to Ireland, and I couldn’t help but ramp up the Celtic lore by adding in even more Irish folk stories and superstition, plus the fuath, and delving deeper into the history of the gods and goddesses.

When I wrote SILVER, I spent some time researching the god Arawn (Austin). His myth was interesting to me, because he is known for his strong friendship with Pwil, who he trusted to oversee the underworld in his place and to protect his wife. Pwil was a loyal and trustworthy friend to Arawn, but I wanted to subvert that myth a bit, since my story was about shifting loyalties. So after hundreds of years of playing Arawn’s second, Pwil grows restless and his ambition drives him to betray Arawn. Poor Austin has a terrible time maintaining friendships, making his longtime relationship with Mickel and his willingness to trust Brianna all the more magical.

The fuath are notoriously dark creatures, horses with the tail of a whale, known for luring people to their deaths at the bottom of the sea. I wanted to keep that dark myth, but also to give them a surprising, lighter side. The fuath have been in hiding for centuries, avoiding those who would hunt them down by blending in and keeping out of trouble. They don’t kill people for sport anymore, but there is a boldness to them despite their tendency to sit on the sidelines. Their loyalty is up for grabs, and that makes them a bit of a wild card in the story.

The Milesians, humans who want to rid the world of magical creatures, are more prominent in GOLD, as well. They’re descendants of the group who banished the gods from Ireland initially and their sole goal is to finish the job once and for all, using charms and spells to protect themselves and others. The Milesians started the war that drove the gods from the earth, and it just made sense to me that they would still be fighting it, as long as magic still exists. The Sons are descended from Milesians, but since the Sons are not human, they are as much of a target of the Milesians as the bandia or fuath.

The giolla are a group of immortal beings who are not based on any particular myth. I wanted some historians to help pass knowledge from one generation to the next. I love that the giolla are humble servants, but also wield more power than any other being on earth. They have a sadness to them after all those years of living and loss, but also a lot of heart and perhaps the most important purpose of all.