Review: Where My Heart Breaks by Ivy Sinclair

Title: Where My Heart Breaks 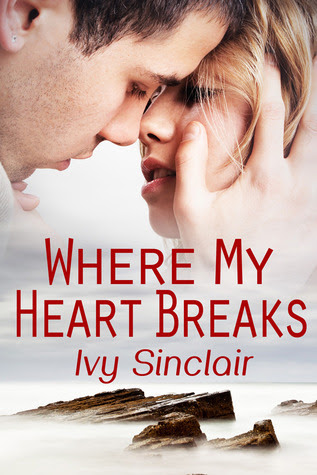 Book Description:
If there were a course in screwing up your life, Kate Spivey would get an A+.

Trust is in short supply for Kate at the start of the summer before her senior year of college. Her parents sentenced her to spend it under the watchful eye of her aunt at the famous Willoughby Inn. It was further proof that she was a prisoner in, and not the decision maker of, her life. Nothing she does is good enough to prove that she learned from the mistakes of her past.

Almost immediately, Kate finds that her new summer home holds another person who understands the unfairness of her situation better than most. Reed Black has had his own share of tragedy and regrets, but instead of trying to fight his reputation, he embraced it.

Sparks fly between Kate and Reed, but his mixed signals remind Kate that she needs to watch her step. He is one temptation she can't afford to indulge in, no matter how strong her attraction to him. If she isn't careful, she'll lose more than her heart.


My Thoughts and Review:
I know this genre isn't for everyone and I also know I tend to read a lot from it but I can't help it. The hopeless romantic in me just eats them up. I am a happily ever after kind of girl and I crave that HEA whether it is in my literature or in movies. I just have to have it.

Reed isn't exactly a bad boy, in fact I think he is far from it. He has a reputation as one and even though he won't commit to a single girl, I really am not sure how he got the reputation, well, other than the simple fact that he is gorgeous, has a tat or two and because of it woman flock to him. Never once throughout the story did I see him do anything to warrant his reputation, quite the opposite in fact. He is simply a really good guy, or, maybe I am biased because I liked him from the beginning.

Kate is a different story. She too has made mistakes in her life and because of them has been labeled as a “bad girl” but for very different reasons and I had to hand it to her, she was trying to redeem herself even when she really didn't need redeeming. When the people in her life needed to be better, not her. And even though I did like Kate, I didn't warm up to her right away, she had to win me over little by little but she did and that is what matters.


This was a really cute story about redemption, finding yourself and learning to let go of the past and living for the future.

*All thoughts and opinions are my own and were not influence by the author. I was not compensated for this review.*
Posted by Kindlemom at 12:00 AM