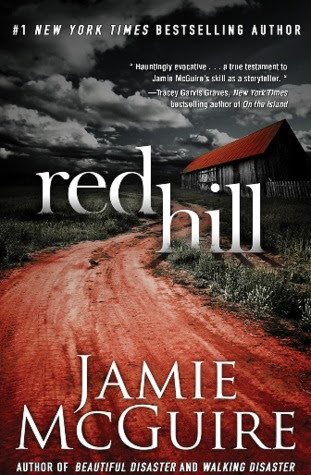 
Book Description:
When the world ends, can love survive?

For Scarlet, raising her two daughters alone makes fighting for tomorrow an everyday battle. Nathan has a wife, but can’t remember what it’s like to be in love; only his young daughter Zoe makes coming home worthwhile. Miranda’s biggest concern is whether her new VW Bug is big enough to carry her sister and their boyfriends on a weekend escape from college finals.

When reports of a widespread, deadly “outbreak” begin to surface, these ordinary people face extraordinary circumstances and suddenly their fates are intertwined. Recognizing they can’t outrun the danger, Scarlet, Nathan, and Miranda desperately seek shelter at the same secluded ranch, Red Hill. Emotions run high while old and new relationships are tested in the face of a terrifying enemy—an enemy who no longer remembers what it’s like to be human.

Set against the backdrop of a brilliantly realized apocalyptic world, love somehow finds a way to survive. But what happens when the one you’d die for becomes the one who could destroy you?

Red Hill grabs you from page one and doesn’t let go until its stunning conclusion. This is #1 New York Times bestselling author Jamie McGuire at her unforgettable best.


My Thoughts and Review:
It is no secret that I adore McGuire's work but even though I love her work, it still sometimes makes me nervous when a beloved author goes to a totally different genre. Not only a different genre but also a subject matter that I don't always adore but am inexplicably drawn to, zombies.

And while I had the utmost faith that she could pull it off and make me fall in love with her work all over again and not only her work but zombies, I was still slightly apprehensive going into this. But I knew that if anyone could do it, it would be her.

This novel is actually told from three main point of views, something I wasn't expecting. Scarlet, Nathan and Miranda. Out of the three, I think I like Scarlet most. As a mother I connected more with her and she searched for her children. I could feel her frustration, her loss, her despair, and her willingness to move on and do what needed to be done. She was a pretty strong protagonist.

Miranda had a slightly different voice, being younger and under different circumstances as the others, she didn't have the same feel but you could feel her fear and desperation just as much as the others. I didn't warm up to her at first but after awhile I really started liking her voice as well and her perspective of what was going on.

Nathan too was a father, in a different situation than Scarlet, he had his daughter with him but it was no less terrifying for him and he tried to protect her and keep her safe from the walking dead around them.

And can we talk about the “shufflers” (or if you prefer, the dead ones, teds, biters, infected) for a minute? The whole concept behind how the virus began and was spread was completely terrifying. Terrifying in the simple fact that I could see it happening. Could picture it, could imagine it.

The way all their lives intertwined was cleverly done and added an extra depth to the storyline that I really think separates it from every other book in the same genre.

Cooper, Ashley, Bryce, Skeeter, Miranda, Nathan, Zoe, Joey, Scarlet, Joy, Walter, and Elleny were all fabulous characters, in fact I couldn't of asked for better ones.

Even though the ending felt a little rushed and almost wrapped up too easily, I really enjoyed the story.

This isn't a happy go lucky read. It is dark, frightening, gruesome and at times sad. But it is also filled with hope.

I can say with confidence that McGuire pulled it off. The switching of genres, the storyline, the characters, the realness, all of it.