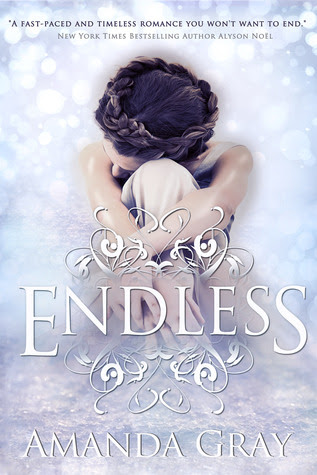 
Book Description:
Jenny Kramer knows she isn’t normal. After all, not everybody can see the past lives of people around them. When she befriends Ben Daulton, resident new boy, the pair stumble on an old music box with instructions for “mesmerization” and discover they may have more in common than they thought. Like a past life. Using the instructions in the music box, Ben and Jenny share a dream that transports them to Romanov Russia and leads them to believe they have been there together before. But they weren’t alone. Nikolai, the mysterious young man Jenny has been seeing in her own dreams was there, too. When Nikolai appears next door, Jenny is forced to acknowledge that he has traveled through time and space to find her. Doing so means he has defied the laws of time, and the Order, an ominous organization tasked with keeping people in the correct time, is determined to send him back. While Ben, Jenny and Nikolai race against the clock -- and the Order -- Jenny and Nikolai discover a link that joins them in life -- and beyond death.


My Thoughts and Review:
The cover on this is what drew me in first. I know I have said that before in reviews but I have to admit it every now and then, mostly because I know it is shallow but also because sometimes I like to prove that a pretty cover does and can hold a pretty story too.

This was a great story. I have always been a fan of stories about soulmates and reincarnation. There is just something so magical and romantic about them, something that appeals to my softer side and turns me to mush just thinking about two souls traveling through time over and over again until they meet and fall in love again.

The fact that the Romanov's play a part in the reincarnation makes the story that much better because it appealed to my inner history nerd as well. Love, historic detail, reincarnation, and a secret Order destined to destroy it all, what more could I ask for?

I could ask for great characters and a fun storyline as well and guess what? I got that too. Really this was a great read that I really loved and ended up devouring. Nikolai, Jenny, Maria, Tiffany, Ben, Morgan, all great characters.


My only wish was that it would have gone more into Jenny's mom, her life and of course Jenny's gifts. I am only guessing but I would imagine that the next book (seriously hoping there is a next!!) will go into more detail about all of that as well as the the Order and anything else left unanswered. I, for one, know that I will be continuing with the series to find out what happens. I do, after all, have to have my happily ever after.