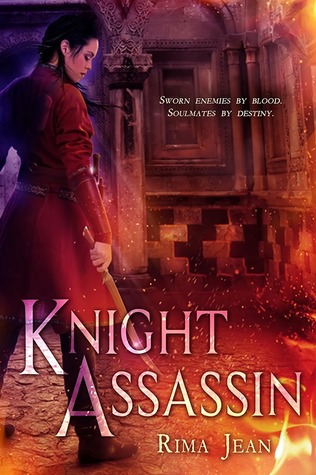 Book Description:
Seventeen-year-old Zayn has special powers she cannot control—powers that others fear and covet. Powers that cause the Templar Knights to burn Zayn’s mother at the stake for witchcraft. When a mysterious stranger tempts Zayn to become the first female member of the heretical Assassins, the chance to seek her revenge lures her in. She trains to harness her supernatural strength and agility, and then enters the King of Jerusalem's court in disguise with the assignment to assassinate Guy de Molay, her mother’s condemner. But once there, she discovers Earic Goodwin, the childhood friend who still holds her heart, among the knights—and his ocean-blue eyes don’t miss a thing. Will vengeance be worth the life of the one love she has left?

I really wasn't sure what to expect when I picked this up but anything having to do with a girl that is fierce, defies the rules and hello, is an assassin, is an okay read in my book.

I was worried in the beginning that this may have come off as a knock off from another really great series about a kick butt girl assassin but after the first few chapters I was happy to see that I had nothing to worry about. This story had a totally different tone to it and some twists and turns I didn't even see coming and that ending? The ending sort of through me and had retelling from a beloved childhood story written all over it.

Now, those are all the positives but sadly, now we have to move on to some of the not so positives, actually, there really aren't any negatives more just the fact that as much as I wanted to love this book and love Zayn, for whatever reason I just didn't. I had a hard time getting completely wrapped up in her story and I have no idea why. The writing was great, the storyline was great, I just wasn't feeling it and I have a feeling it was entirely my own fault. I had just read a fantastic book and may have just started this one a little too soon to be able to really appreciate it when I was still thinking about the last one.

Honestly, because I did like it and the writing was good, I would definitely pick up the next book (if there is one) and give it another try because overall I think this could be a really good series.