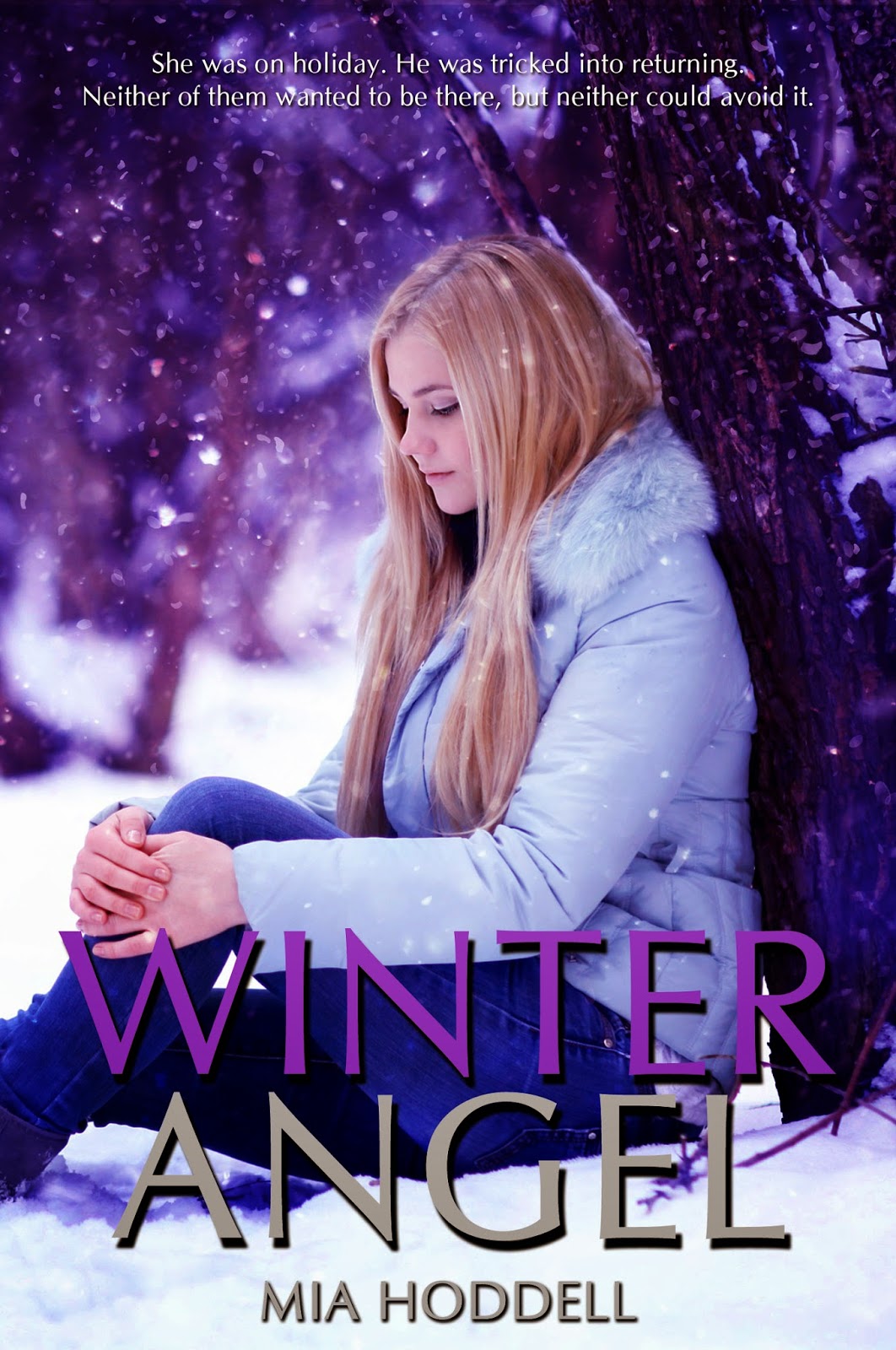 Blurb:
She was on holiday. He was tricked into returning.
Neither of them wanted to be there, but neither could avoid it.

Amy wants to be back under the sun in Portugal. However, when her suggestion is overruled in favour of a skiing holiday, even she can't turn it down. What she couldn't have predicted is that the holiday could make her break the one, and only, rule she has: not to get into a serious relationship again.

When Amy first sees Luke, she knows something is wrong. He's struggling to cope with everything and her need to help people makes him the perfect distraction from the cold. He hasn't been to the Alps in five years and he swore to never ski again. But as his defences are broken by Amy's persistence, the winter paradise begins to reawaken his desires.

However, with constant flashbacks triggering his anxiety, he's torn, battling conflicting emotions as he becomes increasingly captivated by Amy. She has a rule though. She didn't go on holiday to fall for someone and the last thing she needs is to ignore her own advice. Whether or not she can move past her insecurities will depend on whether Luke can face his biggest fear.

Winter Angel is a standalone, young adult romance novella, but is the second book in the Seasons of Change series.

Download in now for FREE!
Only free 19th & 20th of July
Amazon.com | Amazon.co.uk


You can also download Summer Demons: the first, bestselling, standalone novella in the Seasons of Change series for 99c / 77p.

White. Gazing out of the small, circular window, it was the only colour he could see surrounding him. The bursts of light—which had broken through the heavy, grey clouds—were reflected back as the ground grew closer with each passing second. Not too long ago he had been blissfully unaware of the location his sister was dragging him to for a holiday. A bubble of excitement had surrounded him throughout the early morning as he got up, and stayed with him through travelling to the airport and catching the flight. However, it had burst as soon as the icy tips of the mountains appeared and the plane began its descent. Until that moment, he had hoped his guesses had been wrong.
His sister had carefully planned the trip, making sure to hide all clues as to where they were heading, and as she glanced across at him, it seemed as if she had been successful. Luke’s knuckles were white on the arm rests. He had claimed both of them, gripping them so hard they looked like they would snap under the force, or at least be moulded to the shape of his hands when he removed them.
Ellie watched as he took in a shaky breath, but she heard no exhale.
“Luke?”
The silence that filled the space around them was icier than the Alps they had just flown over. Her brother’s gaze remained fixed on the window, watching as the ground, and his fate, drew ever closer. Deep, ragged breaths steamed up the window, which was almost touching his nose. Desperately, he tried to control the tremors shaking his body, and his pounding heart, from the fear that washed over him in waves.
“Luke, please, say something.” Worry had crept into Ellie’s tone. She had thought her idea would do him good, that forcing him to face everything would turn him back into his old self. Ellie missed the brother she had grown up with and wanted him back. However, seeing his eyes wide with fear, his jaw clenched in anger, and his arms tense with both, suddenly she wasn’t so sure about her plan.
“You promised, Ellie. You swore you wouldn’t pressure me, and I trusted you with that. You know how I feel about this.” His voice was sharp and curt as he spoke through clenched teeth, trying to keep a hold on his emotions.
The urge to flee surged within him. He wanted to go home, to get off the plane and board the next flight straight back to England, but he couldn’t. Not only was the plane still minutes from landing—trapping him in the confines of economy class, which felt even smaller as realisation forced him to understand Ellie’s plans—but he also refused to waste more money on the pointless trip Ellie had conned him into taking. If he was going to use the money he had earned from before everything changed, it would be on his own terms.
“You’ll enjoy it when you’re there,” Ellie stated, brushing off his comments like they meant nothing to her.
“That’s easy for you to say. You don’t have to live with, or through, what I have.” Luke was trying hard to control his voice. Had they been in private, he would have already been shouting. The cramped environment meant that Ellie was getting off lightly, but he swore that when they reached their chalet, he would not hold back. She had no right to interfere with his life.
“Never tell me I didn’t live through it, Luke. I was there when it happened, in the hospital, and when you got home. I was there through it all. It may not have been me, but it wasn’t like it had no effect on my life,” Ellie hissed. It was the only way she could convey her anger without disturbing other passengers.
“Why though, Ellie? Why is this such a big deal to you?” Luke’s eyes were full of sorrow as he turned to face his sister for the first time, begging to understand her reasoning for putting him through something she knew would hurt him.

Mia Hoddell lives in the UK with her family and two cats. She spends most of her time writing or reading, loves anything paranormal and has an overactive imagination that keeps her up until the early hours of the morning.

With three poems published before the age of sixteen, Mia moved on to short stories but finding she had too much to tell with too little space, Mia progressed to novels. She started her first series (The Wanderer Trilogy) at the age of fourteen and since then hasn’t stopped writing. Elemental Killers is her second series and with an ever growing list of ideas, Mia is trying to keep up with the speed at which her imagination generates them.

or subscribe to Mia's Newsletter for information on:
ARCs, giveaways and new releases