I can't even begin to tell you how excited I am to be a part of this tour. Colleen Hoover is an amazing author and her latest release is outstanding. I laughed, I cried, I smiled, I swooned, I got mad and most of all, I had an amazing time while doing it all.

Book Description:
When Tate Collins meets airline pilot Miles Archer, she knows it isn’t love at first sight. They wouldn’t even go so far as to consider themselves friends. The only thing Tate and Miles have in common is an undeniable mutual attraction. Once their desires are out in the open, they realize they have the perfect set-up. He doesn’t want love, she doesn’t have time for love, so that just leaves the sex. Their arrangement could be surprisingly seamless, as long as Tate can stick to the only two rules Miles has for her.

Never ask about the past.
Don’t expect a future.

They think they can handle it, but realize almost immediately they can’t handle it at all.

Hearts get infiltrated.
Promises get broken.
Rules get shattered.
Love gets ugly. 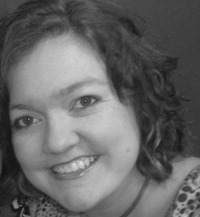 Colleen Hoover's love for writing began in 1985 when she was five years old. Her first story was titled "Mystery Bob" and was a huge hit with her mother, who was really good at faking interest.
Colleen continued to write short stories for friends and family until December of 2011, when she decided to write a long story she titled, "Slammed." She self-published SLAMMED to Amazon in January, 2012 and it hit the NYT's bestsellers list in May, 2012. She has since signed with Atria Books, a division of Simon & Schuster, and now has six NYT's bestsellers. Colleen prefers to be called a writer, as the term "author" still terrifies her and makes this feel like a job with expectations. She doesn't work well under pressure and hopes writing will always remain fun and exciting.

Colleen's newest novel, UGLY LOVE, releases August 5th, 2014. She is currently working on a new novel, CONFESS, which she is writing as fast as she can before she wakes up from this crazy dream.

Hoover is definitely a master at what she does. There are few people I would give that title too but if anyone deserves it, Hoover does.

What she does, she does brilliantly. She manages to get you to not only think, but to really feel about her characters, their lives and their eventual outcome. You root for them, you love them, and most of all, you care deeply about them.

It doesn't matter who they are or how their story starts out, by the end of it, they will have a place in your heart.

She has a talent of shattering your heart one moment and then quickly mending it back together the next.

If I came into this one expecting anything less I would have been a fool. Hoover doesn't disappoint. She once again delivers with a story so beautiful it is sometimes painful.

This was beautifully written and another one to add to the “Hoover is an amazing author, you must read this now, list”.