Welcome to my stop on the Prodigal and Riven blog tour!


For those of you that may not remember Extracted,  the first book in the series, was one of my top reads in 2013, I just loved it and I have been dying to get my hands on these two books and let me tell you, they were worth the wait! I'm so excited to be able to tell you all about them. Tyler and Sherry are a dynamic writing team and I just love their work, they truly should write more together because they flow together effortlessly.

But, enough gushing, on to the good stuff, the reviews! 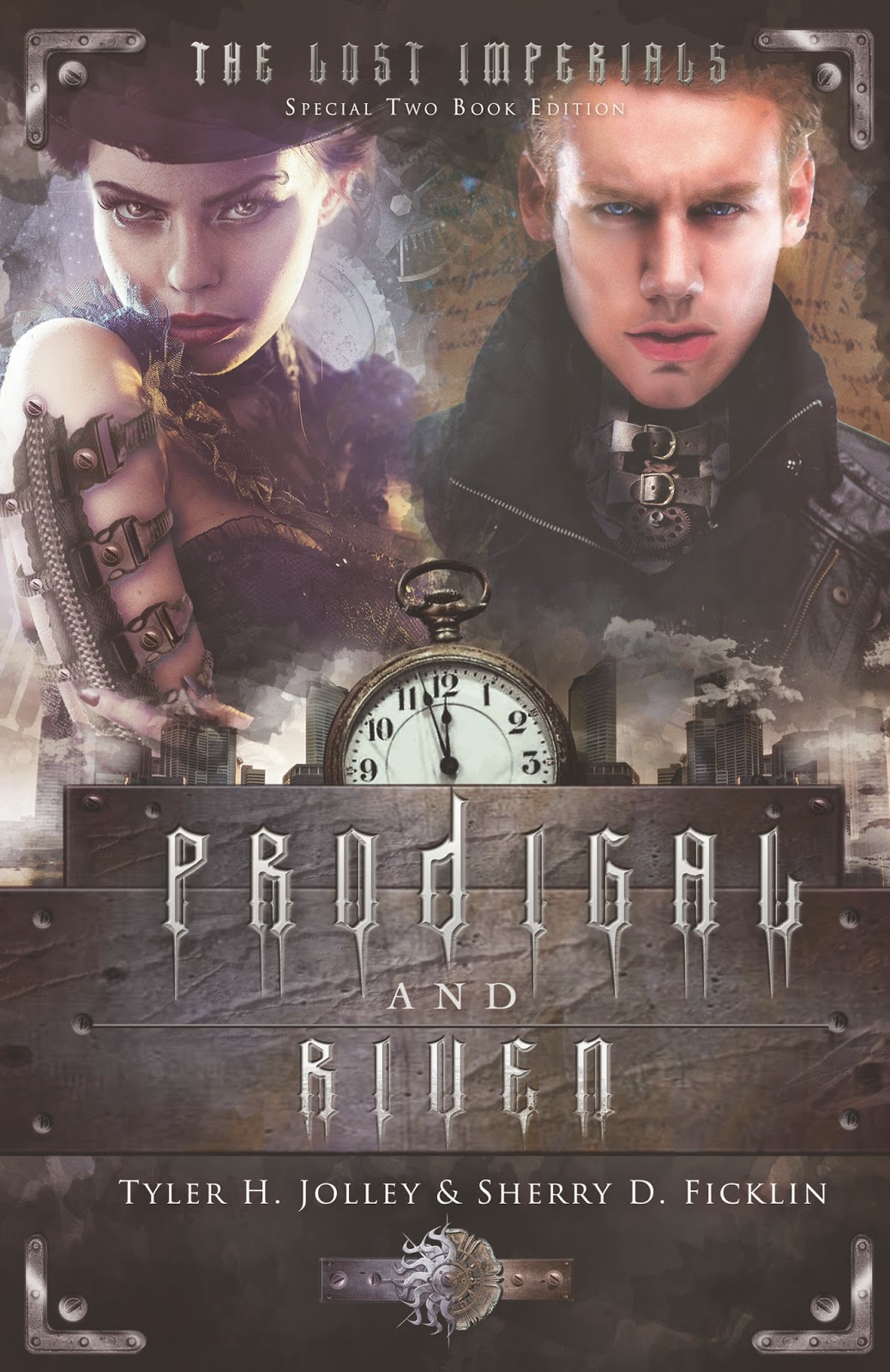 Two journeys. One inescapable outcome. No time to lose.


Book Two and Book Three in The Lost Imperials Series

Stein has been with the Hollows for as long as she can remember, taken as a child she has no memories of her past—and that’s always been fine by her. Until the day she stumbles across a hidden journal containing the devastating truth about her paternity. Now everything she thought she knew—and everyone she thought she could trust—has changed. The truth about who she is and where she came from is a secret so deep, it will rock the Hollows and the Tesla Institute alike.

During a test to verify her bloodlines, Stein makes a terrible discovery. She is carrying a rare genetic mutation that is slowly killing her. Unsure who to turn to and running out of time, she has no choice but to turn to Tesla--her most hated enemy--for help. But can she trust the man who she's been fighting against her whole life, or will she end up another piece in his deadly game of cat and mouse with the people who betrayed her so long ago?

What should be a routine mission leaves Ethan with a serious problem. He’s fractured, a break between mind and body that leaves him at the mercy of his Rifter abilities, which are quickly tearing him apart. He will have to trust the only person who might know how to fix him, a mysterious Rifter named Stewart Stills, who seems to have a special connection with the time stream.

Forced to face his dark past and a decision he may never forgive himself for, he will be trained unlike any of the others, to become a true guardian of time. If he accepts, it will mean leaving everyone he loves behind, if he refuses, time itself could unravel. After a glimpse of the dark future awaiting them all, he will have to choose between destiny and desire. Will he rise up and take his place as a defender of the natural order, or will he watch as all of time burns at the hands of the girl he loves? 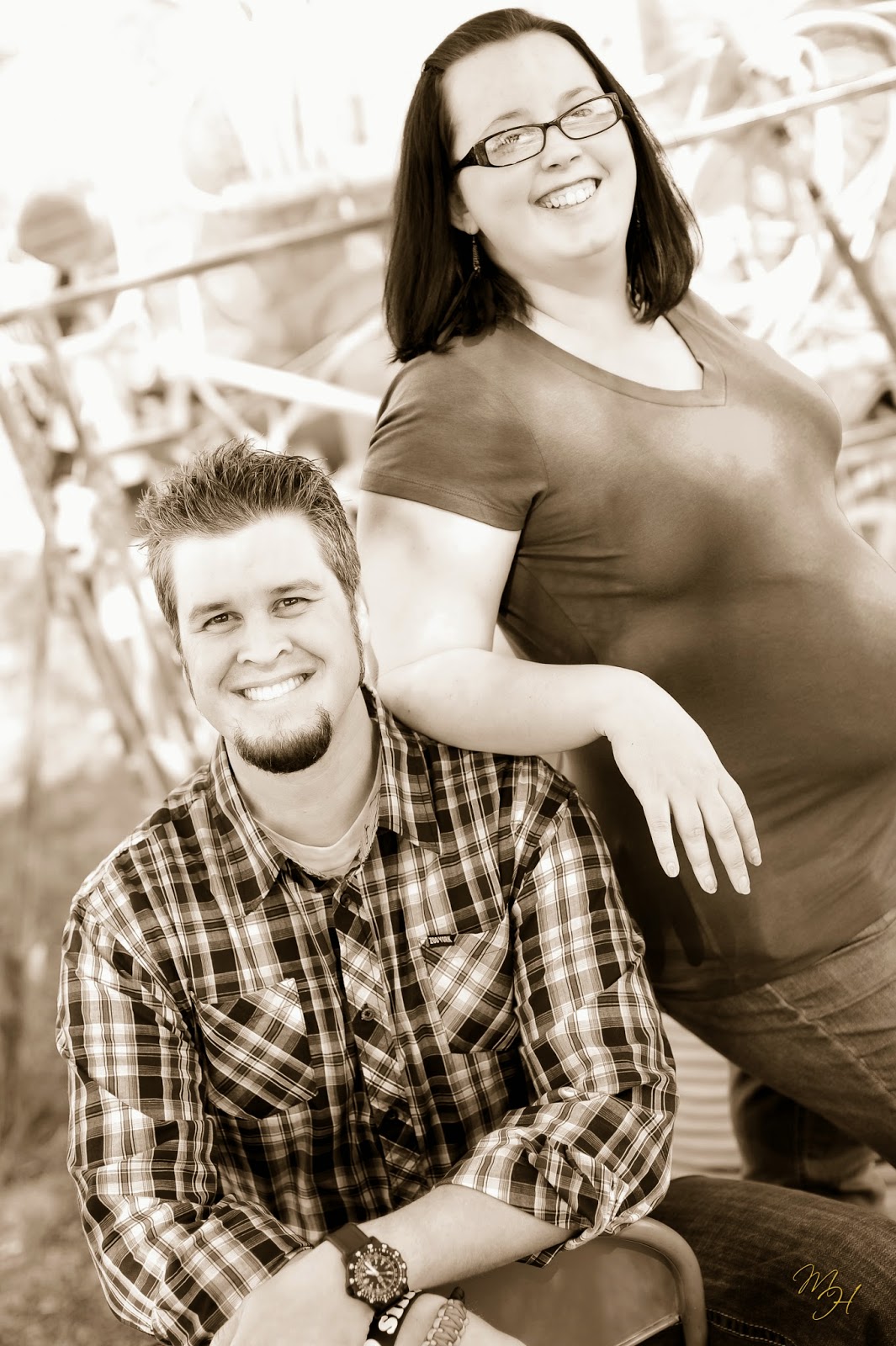 Tyler H. Jolley is a sci-fi/fantasy author and full-time orthodontist, periodontist (see: Overachiever). He divides his spare time between writing, reading, mountain biking, and camping with his family.
Sherry D. Ficklin is a full-time writer and internet radio show host with more mouth then good sense. She has a serious book addiction, but continually refuses treatment, much to her husband’s chagrin.
Tyler and Sherry met one fateful day and bonded over their love for books, science fiction, and donuts. Their first co-written novel came shortly after. Now, they still do all those other things, but also go to various steampunk conventions and events under the guise of ‘research’. They can often be found lurking on the Lost Imperials Facebook page or over on the official website, www.thelostimperials.com.

I absolutely adored Extracted when it was released in 2013 and was eager to get my hands on the sequel. When I realized I had a long wait until that sequel, I was pretty bummed but still excited about what book two, and consequently book three, would hold.

I wasn't disappointed. Not. At. All.

Once again Ficklin and Jolley came together and created something unique and wonderful. Something that works and flows so nicely together and is so much fun, so engaging, that it is hard to put down.

I loved feisty fierce Stein from Extracted so I couldn't wait to delve deeper into her mind and she was every bit as fun and dark and sarcastic as I thought she would be.

Once again we are thrown into the world that Ficklin and Jolley created, a world that is both modern,, futuristic, historic, and steampunkish all in one.

Where time travel is possible along with almost anything else.

I absolutely adored this second book and by the end, was so very thankful I had the third. I won't lie, this ends on a doozy of a cliffhanger but such a good one at that! And even though I know book three coincides with book two, I'm hoping there's more info in there that will hold me over until book four gets here.

With craziness that was book two, I had to pick this third installment up immediately after finishing it. I couldn't wait to find out what was going on and happening next. The way the second book ended was almost cruel, or at least would have been if not for book three sitting right next to me demanding to be opened and devoured. And even though I knew this wouldn't necessarily give me the answers I was looking for since this really in just an extension of book two but told through Ethan's eyes and experience, I was hoping it would be enough to hold me over and ease some of the questions I had after the end of Prodigal.

I loved learning about Ethan's past since really, we know very little about him from the previous books. His background was fascinating and I loved the historic side to it. The history nerd in me couldn't help it.

This was so good, I loved book two and getting Stein's story but I think I might just have loved Ethan's more. So much to do with the time stream and the future as well as the past, it was just fascinating!

There is so much I want to tell you and say but I can't because it would give too much away but I will say this, I absolutely love Lex, Stein, Nobel, Ethan, Stills (although admittedly, he is a little creepy!), Sisson and Ember. You can tell how much they like each other and love each other. I love big groups of friends in stories, they really do add so much depth and fun to them. It was nice seeing them work together, argue, joke around, and care about one another.

Once again though we were left with a doozy of a cliffhanger but it was okay because I didn't mind. In fact I kind of liked being in suspense about it all. Being able to think about it long after I put the book down and trying to imagine what in the world is going to happen next.

This was a great addition to the series and while I did get some of my answers from book two, I still got a whole lot of questions too, but again, I loved every stinking minute of it and can't praise this series enough.

If you are looking for something that involves time travel, romance, friendships, historic detail, futuristic detail, and a whole lot of steampunk goodness, this is the story for you!

*ARC Copies of these books were given to me in exchange for an honest review. It is no way hindered or affected my honest opinion or thoughts about the books.*