Review: A Ring Through Time by Felicity Pulman 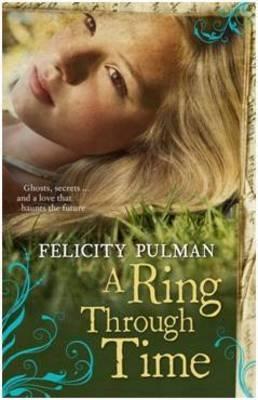 
Book Description:
Alice Bennett has moved to Norfolk Island with her family who are descended from John Bennett, last commandant of the Second Settlement of the penal colony that was established on the island in the 19th century. John Bennett was a particularly brutal commandant and Allie comes up against long-standing resentment from some of her classmates when she attempts to vindicate him in a history class. Angriest of all is Noah, who is descended from Padraic O’Brien, one of the more outspoken of the convicts. Allie starts to sense her own connection with her past and when she is babysitting for the family who now occupy Government House she discovers a diary and realizes she has uncovered a tragic story.

The story is of Alice Bennett, daughter of the infamous John, who was notorious for the ill-treatment of the convicts under his command. Alice encounters Cormac O’Brien, who is a political prisoner, a gifted musician and possessor of a pair of blue eyes that immediately entrance Alice. They pursue a doomed romance, and tragedy strikes. Alice’s father has been spying on her, and in a preemptive move, orders Cormac to be hanged. Alice’s diary ends abruptly, as she sends her younger sister Susannah to ‘go on to dinner without her’.

Determined to find out what happened to her ancestress, Allie asks a friend in Sydney to see if Alice can be traced. The friend discovers a letter from Susannah, Alice’s sister, to their brother William, explaining what has happened - that Alice, inconsolable at the loss of Cormac, has walked into the sea and disappeared. After the colony is closed up, Susannah goes to Hobart and marries, and William becomes the ancestor of Allie’s family.

In two minds whether to show Alice’s diary to anyone, in the end Allie shows it to Noah, and then to her classmates, in the interests of revealing the truth, and resulting from this, their own developing relationship. Noah, too, has a secret - it seems Cormac and Paddy were forgers, not political prisoners. Allie and Noah, having come to terms with their historical background, are balancing past with present, and moving towards their future.

It is no secret that I'm a big history nerd, it has always been one of my favorite subjects, in school or otherwise and I try to read as many as I can.

This was quite the interesting read, told from the present perspective through Allie and then the past told through the diary of Alice, Allie's descendant who once lived on the island that Allie's family has just recently moved to.

While I liked Allie, my real love for the story came through the diary entities of Alice and her mysterious past on the penal colony. I couldn't help but feel for her situation, her struggles and her love and compassion for those around her. Her story truly was what made this book good.

I loved all the history of what happened on the island as well as the characters.

Overall this was an enticing read that I really enjoyed.