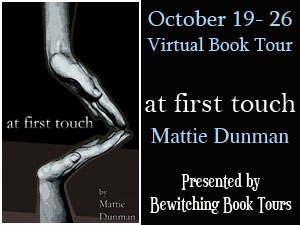 Liz Hannigan has been on the run since she was twelve years old.

Her mother is dead. Her father has lost his job. And thanks to an experimental procedure, Liz is now able to ‘download’ the contents of every brain around her with a simple touch. Forced to hide from both the federal government and a darkling group of morally deficient scientists known as the Coalition determined to exploit her abilities, she moves with her father to the bucolic coal town of Pound, West Virginia.

But the hunt for Liz and her abilities hasn’t ended, and her hopes for peace are shattered when she inadvertently downloads the enigmatic Carey Drake, whose unusual good looks and charm conceal a secret as shocking as her own. Stunned by the knowledge that she has found someone else who has extraordinary abilities, Liz finds herself drawn to Carey, discovering a deep attraction, and dares to hope for the first time she might find love.

But when an agent of the Coalition begins stalking her, Liz must find a way to work with the government agency she most mistrusts as she strives to build a longed-for normal life and take down the agent who has tracked her down. Caught up in a struggle to save herself and those she loves, the girl who sees all is blind to true danger until it is too late.

Short Excerpt:
I was out on the main road and about twenty minutes into my run when I heard the sound of a motor gunning and the beep of a horn. I slowed my pace and turned around to see Preston’s truck chugging along about two hundred yards behind me. His head was out of the window and he was screaming at me; I couldn’t understand what he was saying, but I felt pretty confident that it wasn’t complimentary.
I came to a stop, wondering if I should do something. I wasn’t really concerned; it wasn’t as though he would run me over or anything, but the blind hatred on his face made me a little nervous. Finally, I decided to ignore him and let him get his fill of throwing abuse my way and then drive on past. Picking up the pace again, I resolutely faced forward, pretending that the continued screeching behind me was a trick of the wind.
Suddenly the engine gave an almighty roar and I heard the unwelcome sound of squealing tires. With only a second to register that I had vastly underestimated Preston’s anger and mental instability, I swirled around in time to see the grille of the truck just a few feet from my face. I made to jump out of the way, but all my knowledge and stolen tricks didn’t make me fly, or move faster, or be any less breakable than any other human being. I knew in that moment how useless my ability really was. In the face of the giant metal monster brimming with torque, my mind was of no matter, it just screamed out with the desire to live, to keep going.
There was a blow like a train hitting me, but strangely there was no pain, and I was moving faster than I could have imagined away from the truck and into the field next to the road. I was sure that the truck had hit me and I was just flying through the air to my death, by some fortunate stroke lucky enough to be spared the pain of impact. In another instant the movement had stopped and I realized I was being held in a pair of strong arms against a rock-hard chest.
Carey looked down at me, his eyes frantic. “Are you alright? He didn’t hit you, did he?”
“N-no,” I stuttered. Having downloaded Carey I was aware of his incredible speed, but there’s something very different about knowing something theoretically and experiencing it firsthand.
He put me down gently in the grass and I just sat there, too dumbfounded to speak. Even as he anxiously surveyed me for damage, we heard the rending scream of out of control tires and the heavy metal sound of Preston’s truck crashing into something.
“I’ll be right back,” Carey said and then I blinked and he was gone.

When I sat down to write At First Touch, I wasn’t thinking about developing a character who could read minds. I was creating someone who had seen the worst of people and was still fighting. As the story developed, it became clear that Liz’s ability to ‘download’ the minds of those around her wasn’t the main problem; it was how people in power perceived her and sought to use her for their own purposes.

But it got me thinking. There are so many books, movies, etc. about people who can read minds or other variations on the theme. What is it about knowing the thoughts of everyone around us that is so fascinating?

When I was a lowly undergraduate, I majored in Psychology. I’m one of those people who can be standing in line at a grocery store and have the person behind me tap my shoulder and tell me their life story, and the thought of pursuing that odd knack as a career was tempting for a while. It certainly gave me lots of inspiration as a writer; but I think the real draw was that elusive idea that learning about the brain would make it easier to read people, understand the way they think, why they behave the way they do. In short, I wanted to be a mind-reader.

Everyone is a bit of a mind-reader. It’s how we know to stop asking the boss for a raise when he gets a certain tone in his voice, why we recognize when our significant other is about to end things, or how we know the time is right to ask our parents for that raise in allowance. We base our reactions on a lifetime of memories and precedence, and most of the time we’re right.

So why do we dream about more?

I recently read an article about developments in ‘synthetic telepathy,’ which is intended to create a connection between our thoughts and technology. So eventually, this area of research hopes to produce the ability to send a text or email with a thought, to give commands on a video game telepathically, along with other, more practical implementations. Can you imagine if covert military operatives were able to communicate brain to brain instead of relying on whispers or signals? Or individuals suffering from strokes, ALS, or other debilitating conditions that prevent speech being able to hold conversations in their heads? The implications are staggering.

Of course, I wasn’t thinking about any of this when I created Liz; I just wanted to see what it would be like if she were burdened by knowing everything about anyone she came in contact with, and how that would change her as a person. And I’ve come to the conclusion that even if mind-reading technology comes along in the near future, I want to stick with the old-fashioned kind and just try to gauge the mood of whoever I’m talking to by using facial expressions and tone of voice.
After what I’ve put poor Liz through, I don’t know how much of a ‘gift’ mind-reading really is.

About the Author:
Mattie Dunman is a lifelong resident of "Wild & Wonderful" West Virginia, and has dreamed of being a writer since she first held a pen in hand. 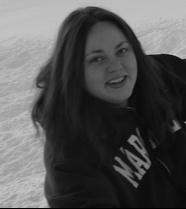 Mattie has pursued several useless degrees to support this dream, and presently enjoys teaching (or tormenting, as the case may be) college students the dying art of public speaking. She spends most of her free time writing, but also indulges in reading and traveling.
She is the proud owner of an adorably insane American Eskimo named Finn, and a tyrant cat named Bella, who take up more of her attention than they probably should.
Please visit Mattie's website at www.mattiedunman.com
http://www.goodreads.com/MattieDunman

While the idea of this story isn't unique, a girl with the ability to read minds, the idea and actual storyline is.

A girl that not only reads minds, but downloads all their life history, thoughts memories, desires, you name it, she gets it. And not only does she have this ability by simply touching someone, she doesn't want it and refuses to use it.

I have to say, I really liked Liz. She was a pretty terrific character. She was strong and stood up for what was right and she was even a little kick butt. She had some truly horrific things happen to her because of her ability and she didn't let them rule her. She didn't let those things change who she was. She still managed to be caring and kind and loving.

Carey was a good match for her. Not only was he not what he seemed to be too, but he cared for Liz and helped her and was there for her when it really mattered. They were both a little lost and lonely until they meet each other.

V.J., Liz's dad and Nurse Nora were all great secondary characters that helped make this book the fun action packed read it was.

I love that we got all the details about Liz, her life before her abilities, how she got them and about her life on the run. Nothing really was left out and all my questions were answered. It seems like lately I can't say that about all the books I read so I really appreciated not being left in the dark for once and having everything out there in the open.

If you are looking for something a little bit different and not your typical mind reading action packed story, then this is a read that you really should give a try to. It was very well written and the ending wasn't a cliffhanger yet it did leave it open for a sequel, something that I am hoping there will be.