Synopsis:
Evan and Claire Jones are typical teenagers, forced to go with their parents to yet another boring museum ... that is, until something extraordinary happens to make their day a little more than interesting. After following a strange little creature into a closed exhibit, Evan and his older sister, Claire, discover the Serpent’s Ring, one of the magical relics formed from the shattered Mysticus Orb. Purely by accident, they have awakened its powers and opened a portal to Sagaas, land of ancient gods.

Before the siblings can comprehend what has happened, the Serpent’s Ring is wrenched from Evan’s hand by an enormous bird and flown back to Aegir, the Norse god of the sea. Evan and Claire, accompanied by a band of unlikely heroes, must retrieve the Serpent’s Ring before Aegir uses its immense powers to flood all the lands on Earth.

Book Excerpt:
“Claire. Evan. I’m not kidding around here. We are going to spend time together as a family, even if it means sitting around the dining-room table and staring at each other all day!” The sharpness of their mother’s tone contrasted with her normally cheerful demeanor. Evan and Claire looked at each other and nodded in a silent truce.
“All right, Mom; I’m sure we’ll have a great day,” said Claire, nudging into Evan.
“Yeah, it’ll be fun,” he said, trying to mimic his sister’s false enthusiasm.
Immediately, their dad chimed: “You two will be surprised by how awesome Henry Ford’s museum is. There will be old trains and planes. And that’s just inside the building. Outdoors is a whole other world. People refer to it as Henry Ford’s train set. That’s because he brought in historical buildings from all around the world.
“Imagine a house being taken apart, brick by brick, board by board. It’s then transported over sea by boat or across country by train. And then it arrives in many pieces and workers put it back together. It’s really fascinating …”
Blah, Blah, Blah.
Evan tried to keep a smile on his face and act like he was listening, but he paid attention only to every other word. He perked up when Dad mentioned something about an exhibition of swords. And Dad should know; after all, he was a popular history teacher even if he was prone to being overly enthusiastic.
Last week, Evan’s family spent an entire day at an art museum. It was all right, except for his father rambling on and on, saying, ‘Blah-blah’s use of symmetry’ and ‘Blah-blah’s use of color.’ And since Mom sold artwork for a living, she too would pipe in details about every single sculpture, painting, drawing, lithograph, photograph and tapestry. Honestly, she was even worse than Dad.
“Look, there’s the building,” said Dad, pointing off to his left. “It’s truly amazing. I know I’ve said this a million times before, but you won’t believe what’s in there.” He then continued to blather about the neat stuff contained inside.
Dad turned into the parking lot, and Evan was impressed by what he saw. A gigantic stone building sat up ahead, and to his right was the entrance to Greenfield Village. Secretly, he joined in his dad’s excitement … just a little. And from what Evan could see on this side of the high wall, he believed that a whole other world was waiting on the other side. 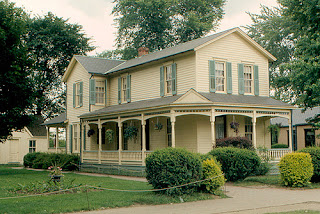 Evan soon discovered that a whole other world was, in fact, waiting for him — a world Henry Ford had conjured and created. After walking through the main entrance, stepping over railroad tracks and looking around, he was a little more enthusiastic about his day. To his left was the old Firestone Farm sitting next to the Ford Farm. He couldn’t wait to wander inside both houses. He strolled down Main Street and stumbled past the home where Orville Wright was born. Both Wright brothers were raised in the house, and it was where they did much of the design work for the airplane. 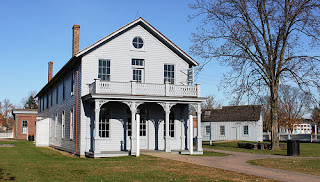 Ford collected many such houses, giving them a new residence in a neighborhood fashioned by him — very Pleasantville-like. Thomas Edison’s Menlo Park Laboratory was the home of the first electric light bulb, the first phonograph and many other inventions. It now sits right around the corner from the prior home of the Wright Brothers. 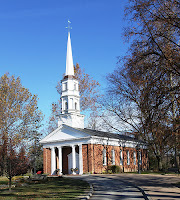 At the end of Main Street sits Martha-Mary Chapel; it was built during Colonial times and is as charming as ever. This particular building is special to me because it was where my grandparents were married one snow-covered winter’s eve. They said their vows by candlelight, and after the ceremony, rode away on a horse-drawn sleigh. To my grandparent’s delight, Mr. and Mrs. Ford were in attendance. My grandmother used to say that Mrs. Ford was the first person to RSVP to the invitation — classy lady.

Many historic buildings lined the streets, and it seemed the perfect setting for a fictional house for a fictional professor, Dr. Irving. The professor was a botanist, living during the turn of the 20th century. He disappeared and was never heard from again. An imp watched over the house and the Serpent’s Ring for many decades … until it was discovered by Evan Jones. 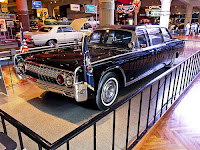 Greenfield Village offered the perfect backdrop for my story, and although the inside of the Henry Ford Museum was only alluded to, it was just as astounding. This was where many shiny black presidential cars sit in a row and are adorned with American flags. One such car was the 1961 Lincoln that President Kennedy was tragically assassinated in. 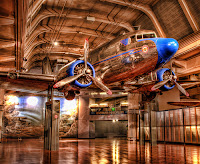 A 1939 Douglas DC-3 hung from the rafters just a few steps away. This plane flew more than 12 million miles over the course of 23 years in service. But it didn’t end there — there were many different types of planes to see.

One of the first neon McDonald’s signs was displayed next to a vintage diner. When I stepped inside Lamy’s Diner, I was immediately taken back to 1946, envisioning sitting at the counter, sipping cola and snacking fries. And around the corner was a room from one of the first Holiday Inns. There were cars, cars and more cars, appliances from every era, trains and anything else one could have imagined. I have visited this historic treasure many times, and it impressed and enchanted me each and every time.

My Thoughts and Review:
This isn't my normal typical read, which in part, is why I wanted to read it. Also because the premises sounded like so much fun and exactly like something my daughters would love to read, therefore, I knew I really needed to read it too.

I love mythology of any kind and am always willing to learn more about it. When I saw that this had some Norse mythology in it, it was a done deal.

I really loved all the fun sketches at the beginning of each new chapter. I remember loving that about the H.P. Series and it was fun to see it in this one as well. It just adds something fun to the story and really lets your imagination wonder about what the next chapter will hold.

Evan turned out to be a very strong and brave character and Claire was every bit as good and smart as he was. They really made a great team and I loved the brother sister aspect of this and how well they worked together even though they didn't always see eye to eye and they still bickered like only siblings can.

This was pretty action packed with lots of fun adventures that the main characters had to go through and endure and just enough information about myths and legends to make it really fun without throwing too much at you at once.

I know that this is something that middle schoolers will absolutely love and have a really enjoyable time reading. 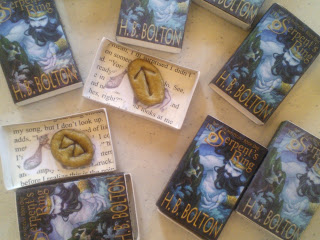