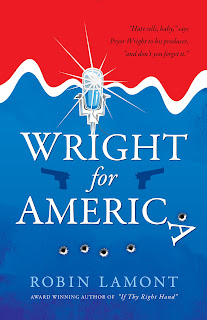 Synopsis:
Pryor Wright’s ultra-conservative radio show has millions of devout fans who are sure that the slurs and wild accusations fired at the liberal left prove him a true patriot. But when his venomous rantings catch Maren Garrity’s twin brother in the crossfire, the struggling actress pursues her own style of justice and enlists a troupe of fellow unemployed actors to teach Wright just how powerful words can be.

Born in Boston and raised in Brooklyn, Robin aspired from an early age to be an actress. As a sophomore in Carnegie-Mellon’s specialized drama program she was cast in a school production of a musical based on the Gospel According to St. Matthew called Godspell. Robin stayed with the production as it began its long and successful run, moving with the show from off-Broadway to Broadway and finally to the movie screen. Her original cast recording of “Day by Day” and her film version of the song have drawn fans from around the world. She went on to star as Sandy in the Broadway musical Grease and later appeared again on Broadway in Working, in which she sang James Taylor’s heart wrenching song Millwork. 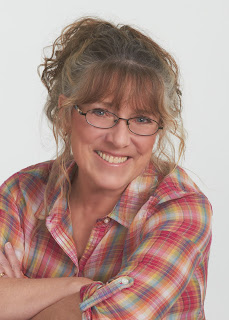 As her “day” job, she signed on with a private investigations firm in Manhattan that hired actors to work undercover to ferret out major producers of counterfeit products. After several years, she became the company’s Director of Operations, running nationwide anti-counterfeiting programs for a number of intellectual property law firms. During that time, she attended Pace Law School and graduated cum laude while also winning the New York Trial Attorneys Award. She practiced as an Assistant District Attorney in Westchester County for eight years, spending much of her legal career in the county’s criminal courts and with the Special Litigations Unit. She lives in Westchester County, New York with her family.


Before I became a novelist I had a bunch of different careers. One of them was as an actress, another as an undercover private investigator. In retrospect, however, I can see they’re not so different after all – they both require the ability to stay “in character.”

For theater roles, one must stay in character for about two to three hours, the length of a play or musical. I was in the original production of Godspell, and there, all the actors were actually on stage for the entire length of the show. That’s unusual for an actor and requires sustained energy and concentration. In the Broadway production of Grease, in which I played the ingénue Sandy, I came and left the stage periodically, as did the other actors. But I found, more often than not, all of the actors remained pretty much “in character” backstage as well as front and center, since it was easier than having to turn their character on and off. Thus, every night, even waiting in the wings, “Sandy” might still have to ward off the leers and lewd comments of the greasers.

Going undercover requires a different kind of commitment to staying “in the role.” I’ve known investigators who have had to adopt a role for months at a time, and don’t know how they do it. My situations were far easier – try to make a buy from a counterfeiter – get in and out fast. Nevertheless, allowing the façade to drop even for a moment on the real world stage is potentially dangerous, and this knowledge weighs much more heavily on the undercover.

In my new book Wright for America, a young woman named Maren Garrity is fully aware of the differences since she is a struggling actress and works as an undercover investigator in her “day job.” Things get complicated when she takes on perhaps one too many undercover roles in her quest to teach a venomous radio host a lesson. Balancing all those personas makes for some sticky moments in which she has to switch back and forth from one character to another. She also has to confront her own envy of qualities she sees in her undercover personas that she feels she lacks in real life: one is sexy and savvy, the other is bolder than she’ll ever be.

But in the end, you cannot be effective in a role unless some part of you owns it. For Maren this is an elusive lesson.