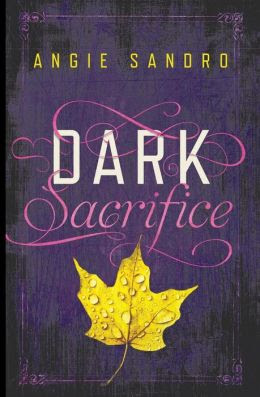 Book Description:
A GIFT AND A CURSE

Mala LaCroix sees dead people—really. After using her psychic gifts to catch a killer, she's locked in a psych ward and must strike a deal with the devil to secure her release. Apprenticed to a dark arts practitioner, Mala vows to free herself and save her loved ones from danger. But she doesn't know who to turn to when her crush on Landry Prince turns into something more serious.

A FATE WORSE THAN DEATH

Landry has sacrificed everything to protect Mala. A near-death experience changes him forever, and now he, too, possesses supernatural powers he doesn't understand. Mala and Landry must band together to defeat the dark forces—both human and otherworldly—who would use their abilities for evil. Even as they fall for each other, they must prepare to battle for their very souls . . .

I was eager to jump right back into the strange and dark world that the Sandro has created in this series. In fact, I was even a bit excited to see what would happen next between Mala, Landry, and even George Surprisingly, I wasn't ready for the end of the first book when it came and was thankful I didn't have long to wait for the release of the second book in this wonderfully executed trilogy about the gritty life of the bayou.

Sandro did not disappoint. If anything the second installment pushed the boundaries of the first and even went above and beyond my expectations.

I don't even know exactly how to express how much I enjoyed this. It was creepier than the first but it was more than that too. The situations Mala and Landry found themselves in were more serious but also more heartfelt They truly had to work together, nothing left hidden between them. All was bared and it wonderful to see them work through (most) of their issues, insecurities and really form a team and a bond.

They both went through so much in the first book, separately and together that I wasn't sure if there was hope for them at all to ever be friends again but Sandro took their heartache and their troubles and instead of tearing them apart, brought them together so they would have to work together to survive or die trying.

So much came to light in this second installment. So much was revealed about both of them and so much is still left to discover.

I for one will be right there for book three to discover it all and see how it all comes together and ends. I just love the beautiful dark and rich world that Sandro has created on the bayou and I just can't seem to get enough of it.