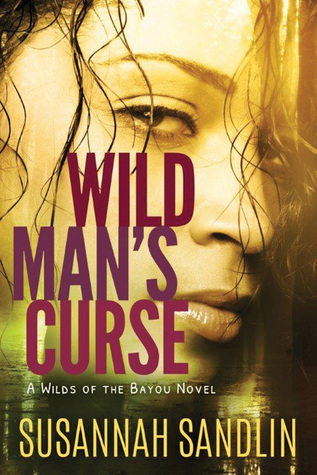 Title: Wild Man's Curse
Author: Susannah Sandlin
Series: Book One in the Wilds of the Bayou
Published By: Montlake Romance (April 5, 2016)
Source: ARC Copy Provided by the Publisher (in exchange for an honest review)
Genre: Romantic Suspense
My Rating: 4 Stars


Book Description:
The bones said death was comin’, and the bones never lied.

While on an early morning patrol in the swamps of Whiskey Bayou, Louisiana wildlife agent Gentry Broussard spots a man leaving the home of voodoo priestess Eva Savoie—a man who bears a startling resemblance to his brother, whom Gentry thought he had killed during a drug raid three years earlier. Shaken, the agent enters Eva’s cabin and makes a bloody discovery: the old woman has been brutally murdered.

With no jurisdiction over the case, he’s forced to leave the investigation to the local sheriff, until Eva’s beautiful heir, Celestine, receives a series of gruesome threats. As Gentry’s involvement deepens and more victims turn up, can he untangle the secrets behind Eva’s murder and protect Celestine from the same fate? Or will an old family curse finally have its way?

From award-winning author Susannah Sandlin comes the first book in the Wilds of the Bayou series.

The bayou, an ancient curse, and hoodoo priestesses, truly, what is there not to love about any of those things in a good story?

I don't know about you but, all of those things combined on top of being from a favorite author, are hand downs, something I don't even have to think about, I'm just in.  I know I'm not just in for a good time, a good read, but in for a ride like no other.

It has been awhile since I've read a book in this genre, probably longer than it should be because I had forgotten how much fun and how exciting and suspenseful this genre can be and how much I love it.

I admit, it took me a little while to warm up to this read but once I did I was all in. Sandlin has never let me down and her foray into a new genre was a smashing success.

With to chemistry, a mystery that will keep you on edge and just enough paranormal woo hoo to satisfy the craving and you really do have a fun read that is sure to please everyone.