Review: In the Dying Light by Angela Carling 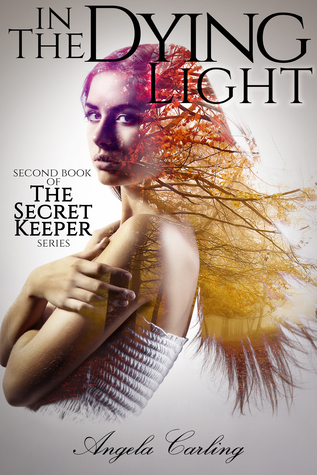 
Book Description:
Winter Merrill couldn’t imagine the lonely existence she would inherit when she took on an ancient curse to save her family. Now, kept from her long-time boyfriend, Winter is left completely alone to fight the dark secrets she bares. At her breaking point, a stranger enters her life that knows how exactly how she feels and more importantly, how to eliminate the curse. Will his friendship be a new beginning for Winter or will it prove to be her demise?

I really enjoyed the first book in this series, The Secret Keeper, and was eager to jump right back into this imaginative world that the author created, one where magic runs wild and curses are very much a real part of it, a very dangerous part of it.

Once again I really liked Winter. Not only have the stakes grown higher and more dangerous, but Winter has grown as well. Not only as a character and heroine of the story but with all that transpired in the first book and again, Liam, is an amazing friend to her and one that I'm so glad she has.

We get to meet some new people in this one too. Someone with very close ties to Winter and as much as I shouldn't have, it was hard not to like him. Briggs had some redeeming qualities to him and a side to him that made him lovable in his own way and it was easy to get caught up in his past and secrets every bit as much as it was to get caught up in the world of secret keepers.

This was such a strong sequel. Well written and extremely engaging. I had a lot of fun with it and read it in a matter of a couple of hours. I was hooked from the first page and didn't put it down until I was done.

It will be so interesting to see where book three takes Winter and Liam and to see how much more the author's writing evolves and grows right along with the characters.