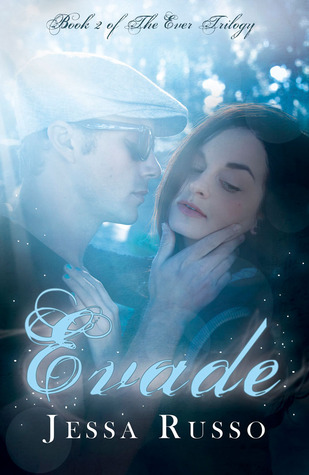 Book Description:
In this thrilling sequel, Ever Van Ruysdael's race to beat the odds—and the clock—begins with the introduction of an integral part of her past. As secrets are revealed, and truths uncovered, she learns her imminent death is the least of her problems: Ariadne did more than just put an expiration date on her life; she marked Ever's soul by upping its value for greedy collectors looking to buy their freedom.

Condemned by the countdown on her life, and hunted by hired Seekers, Ever’s journey leads her to question everything she’s known and everyone she’s trusted, while growing closer to the one person from her past she was determined to avoid—and the one guy she never could—Toby James.

With her ex-boyfriend by her side, and the countdown clock rapidly ticking away, Ever tries thwarting fate’s plans. But as her nineteenth birthday approaches, and desperate Seekers follow her every move, she may be too late.

A marked soul is hard to come by … and even harder to escape.

I really enjoyed Ever the first novel in this trilogy, in fact, I would go so far as to say that I loved it. The characters were engaging, the writing and plot flowed smoothly and I loved the paranormal aspect to the story, not to mention the love interests. It was, well, maybe not unique per se but unique enough that it was a breath of fresh air and before I knew it, I had the whole thing read in one sitting.

I was pretty eager to pick up the second book and dive right in. Sadly due to other commitments this is just one of those books that just got pushed back and back time and time again until, I am embarrassed it say, it was forgotten about completely.

While going through a list of books I planned to read in March for a TBR pile challenge, I ran across it again and knew it was finally time to get back to Ever, Frankie, Jessie and Toby. I had put their story off long enough and I was excited to see where Russo would take their adventure next. And okay, the gorgeous covers on this series so doesn't hurt either. They draw you right in and pretty much demand to be picked up and ogled some more.

Ever ended on one heck of a cliffhanger and I had no idea how the author would handle it. What was Ever's fate? What was Frankie's and what did this all mean for Toby and all his secrets?

I would love to say that I easily fell right back into this story but the truth is that I didn't. For some reason while I still loved Frankie, Jess and Toby, I had a hard time connecting to Ever. She was different. Her tone was different. She seemed more...angsty and a little whinny and I found at times that I became exasperated with her and the way she treated Toby (not that the boy didn't deserve a little hostility because he did but come on, give it up and let it go already). Her anger and snappy attitude toward him became a little too much, even for me and I wanted that sweet girl back. Granted, some of that anger was warranted, she had a lot to deal with, a lot to overcome still but I wasn't expecting her to change that much. Yes she was stronger, yes she was done playing the damsel in distress bit (thankfully!) but, it almost wasn't done right. Instead of coming off as kick butt or fierce she at times came off as a witch and I didn't like. It was sad, it was disheartening and I wanted the old Ever bad and back now before my opinion of her was ruined forever.

And the thing is, no one else seemed to change as much as she did. Toby was still fabulous, Jessie was still feisty and Frankie was still Frankie. I think that might have been what was hard to take, or maybe too much time had passed and I had built her up in my mind differently than what I remembered. Either way I had a harder time with this one.

It wasn't slow as much as parts tended to drag just a little more than the first book did, which is something so common with those pesky middle books. However, I was impressed that a lot more was revealed about Ever, her family and of course the workings of the Collectors.

There were a few twists that were fun and unexpected and once again it ended on a cliffhanger.

With the way it ended, I am really hoping that Ever it a little more calm, a little more herself and I get that warm fuzzy feeling for her all over again.

My only real complaint other than Ever, was the lack of Frankie in this one. I love his character and I really hope we get to see more of him in the final book. I know it won't be the same, because he and Ever aren't the same but I would love to see him nonetheless.